INTEK was challenged by a large producer of home appliances about their need for a high-volume drying oven. However, floor space was limited. Rather than going with an inline conveyor oven they specified a vertical oven to utilize available ceiling height. Not only did they want to go vertical, but they wanted to double the production. So, instead of designing two separate ovens, INTEK integrated two ovens into the design. Due to the size of the oven it would be difficult if not impossible for the operators positioned on opposites sides of the oven to communicate with each other. To meet this challenge, the oven was equipped with dual visual displays so that each operator would know what the other was doing. Various sized products were identified sequentially based on their position within the drying oven so that each operator knew what was coming and going during the operation.

Get an Industrial Oven
Customized to Your Needs 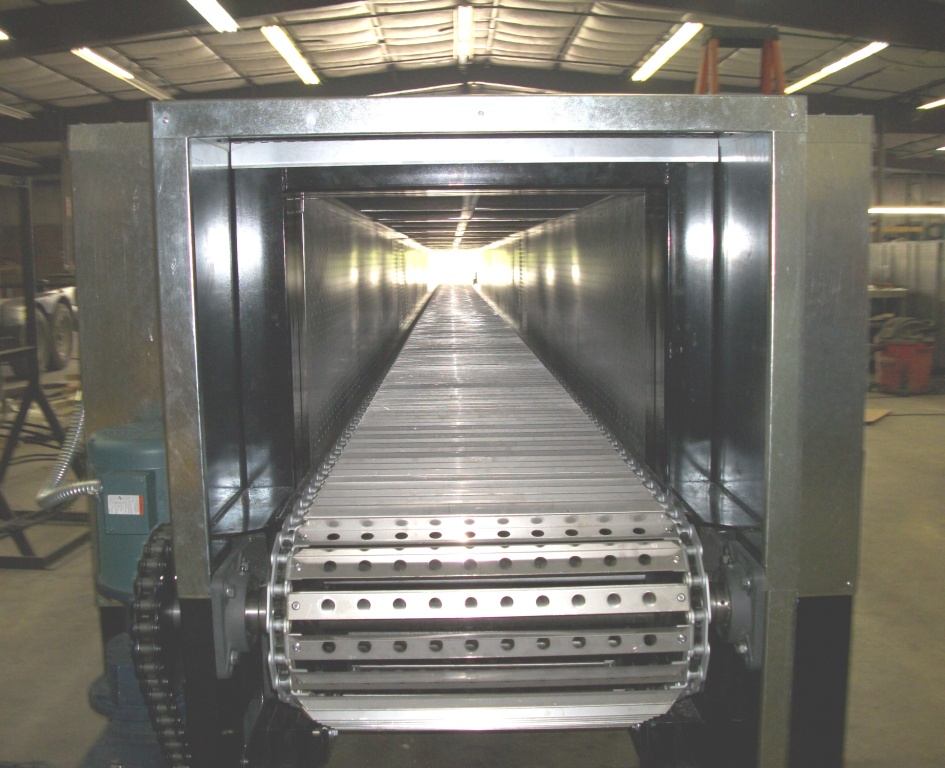 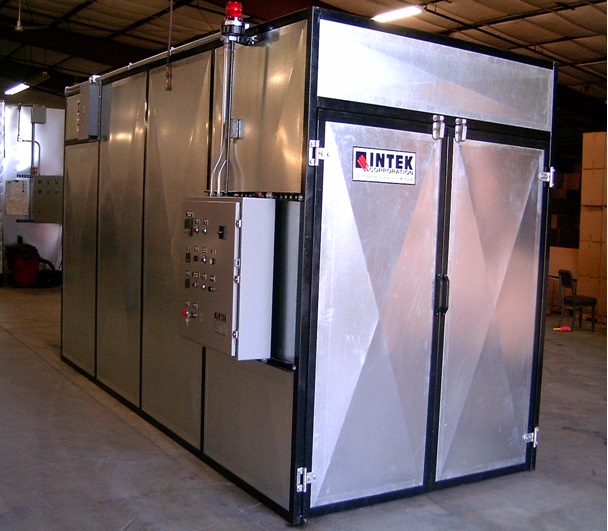 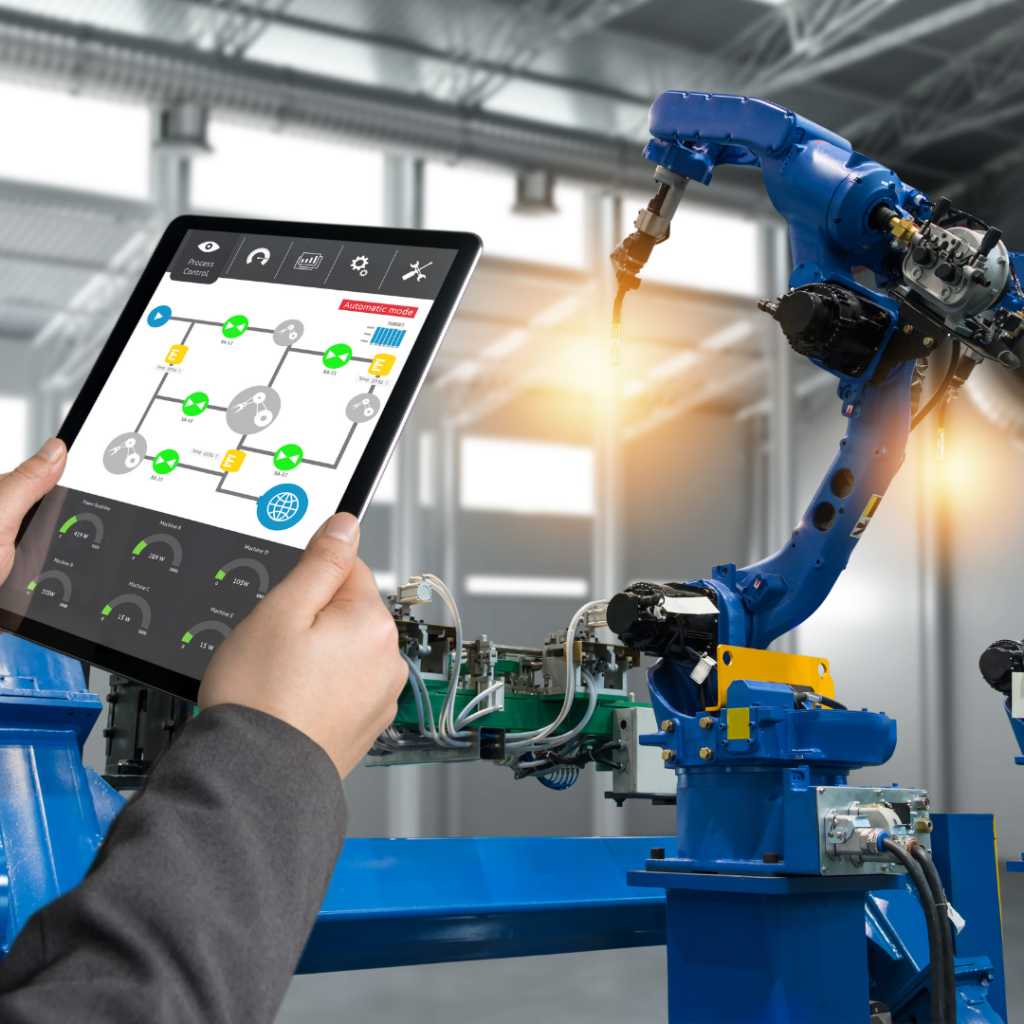